Mr. Shay has in excess of 20 years of experience in the oil and gas industry and is currently the Vice President, Finance and Chief Financial Officer of Perpetual Energy, a growth-oriented, Alberta based exploration and production company. Previously, Mr. Shay was Managing Director, Head of Investment Banking at Cormark Securities Inc. until June 2016. Mr. Shay was a member of Cormark’s Executive Committee, Risk Committee, Capital Markets Committee, Compensation Committee, Compliance Committee and Audit Committee. Mr. Shay joined Cormark in 1999 as an Energy Research Analyst and was promoted to the Executive Committee of the firm in 2000. He transitioned careers from Research to Investment Banking in 2007 and was promoted to Co-Head of Investment Banking in 2010 and Head of Investment Banking in 2013. Mr. Shay began his career in the investment industry with Peters & Co. Limited in 1996, earning his Chartered Financial Analyst designation in 1999 and was formerly with Deloitte & Touche in 1993, earning his Chartered Accountant designation in 1996. Mr. Shay received his Bachelor of Commerce from the University of Saskatchewan and graduated with Great Distinction. Mr. Shay also sits on the Board of Perpetual Energy Inc., Journey Energy Inc. and on the National Board of the Juvenile Diabetes Research Foundation (JDRF). 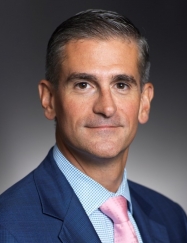