Kurtis Fischer is a seasoned Business Development executive with more than 25 years in the industry.  After graduating in 1988 from the Petroleum Technology program at the Southern Alberta Institute of Technology (SAIT), Mr. Fischer started his career at North Canadian Oils in production operations.  Subsequently, he took on a variety of different operations and engineering roles of increasing responsibility at companies including Norcen Energy, Northstar Energy, Archean Energy, and Viking Energy Royalty Trust.  In 2004, Mr. Fischer joined Crew Energy, with primary responsibility for management of the exploitation, production, and reservoir engineering areas.  In 2008, he was promoted to Crew’s Manager of Acquisitions and Divestitures and subsequently promoted to Vice President, Business Development in 2010. 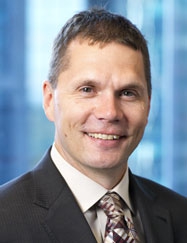