Kevin Evers is a Professional Geologist with over 20 years of industry experience in both conventional and unconventional oil and gas plays across the Western Canadian Sedimentary Basin.  Kevin joined Crew in 2007 and was the Senior Geologist responsible for establishing and growing the Company’s substantial NEBC Montney asset base.  He has held various roles of increasing responsibility including Manager of Geosciences and Manager of Business Development.  Prior to Crew, Kevin was a Senior Geologist at Capitol Energy Resources Ltd. from 2005 to 2007.  In this role he was responsible for the delineation and horizontal development of the Dixonville Montney C Oil Pool in Alberta, contributing to Montney oil production growth from 800 to 3,600 bbls/d in two years and the initiation of a successful Montney waterflood introduced in October 2006.  Capitol was sold to Provident Energy Trust in July of 2007.  Prior thereto, Kevin was a Geologist at EnCana Corp. and PanCanadian Petroleum from 2001 to 2005.  Kevin graduated from the University of Victoria in 2001 with a Bachelor of Science (Honours) Degree in Earth & Ocean Sciences and is a member of the CSPG, AAPG, SPE and CSUR. 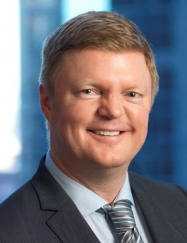 Crew is a dynamic,growth-oriented exploration and production company, focussed on increasing our long-term production, reserves and cash flow through the development of our world-class Montney resource.